Why Hearsay Can Be Against You In Court

Why Hearsay Can Be Against You In Court

One of the greatest misconceptions about the law is that hearsay has no place in court. Ask any criminal defense lawyer, and you'll hear a very different tune. Let's look at the why and how of the admissibility of hearsay.

Why Should Hearsay Be Admitted?

In the very broadest sense, hearsay is inadmissible. Courts are not wild about people being tried on the basis of what might be nothing more than gossip. Whenever possible, the court wants to see primary sources of information provide an account under oath in the form of either testimony or deposition.

In practice, though, there are 23 exceptions allowed under the Federal Rules of Evidence. Most states follow the FRE so you can expect nearly all courts in America to allow hearsay exceptions.

Generally, hearsay is admitted for one of three reasons. First, there may be no other way to get at what happened. For example, a vital witness may have died before depositions and testimony could be taken. Hearsay might be the only way for the court to ever learn what the person had said.

Second, expert opinions and documents are almost always admissible. In fact, virtually all statements and documentation from sources that are considered professionally trustworthy, such as licensed doctors or accountants, is admissible.

Finally, statements made in the moment, especially under stress or excitement, are usually considered admissible. This is because there is an assumption that the declarant was not in a mental or emotional conditional suitable to scheming.

For a criminal lawyer, the process of admitting or throwing out hearsay evidence is critical to handling many cases. In most cases, reputation is the driving factor in the admission of hearsay. Another big factor is whether there might be a better way to get at the question of what happened.

Consider a situation where a prosecutor wanted to enter hearsay from a witness who had fled arrest. The prosecution would bear a significant burden by introducing hearsay because they would have to show that there was close to no hope of bringing the other person into court. They would be compelled to document how long the individual had been out of custody, where they're believed to be, and what efforts have been made to force them to testify. Only once it was clear that the person couldn't be brought in to swear an oath and testify would the court consider an exception claim. 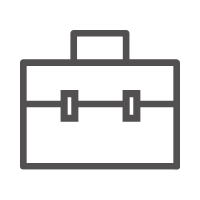 What your company needs today may not be the same as what it needs tomorrow. Needs change all the time, especially when you operate a large, successful business. However, if you aren't careful, you could develop legal problems that could really jeopardize your profits. On this website, you will be able to read all about working with a business attorney and making sure all of your bases are covered. Check out this blog to find out what you can do, and why you should focus your efforts on finding lawyers who can cover you, your property, and your employees in all kinds of situations.